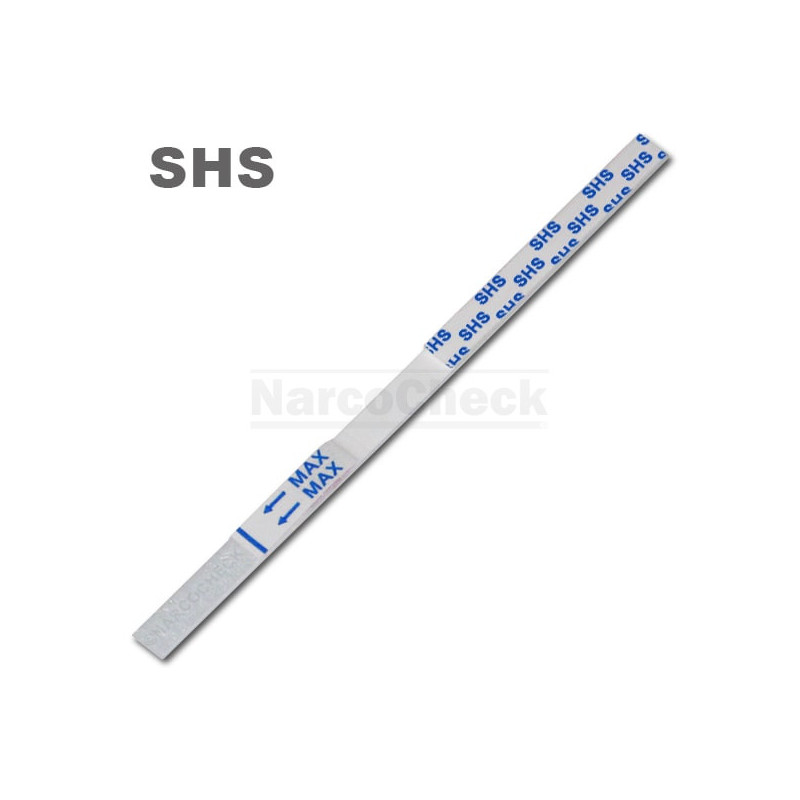 This test can detect any contamination of your body by secondhand smoke. It will therefore highlight a potentially risky situation relating to tobacco smoke in your environment, usually caused by the presence of third-party smokers.

Highly reliable. Results in 10 minutes.
Made in France in our ISO 9001/13485 certified production lines.

Are you at risk from tobacco smoke in your environment?

Are your children exposed to the dangers of passive smoking ?

The NarcoCheck® Secondhand Smoke test
provides a reliable and clear answser in 10 minutes.

What is secondhand smoke ?

Also called passive smoking, the secondhand smoke (SHS) is the unintentional inhalation of smoke from one or more smokers. Passive smoking can therefore concern the smoker's entourage, the people he encounters in his daily life, but also the fetus in his mother's womb.

In tobacco smoke, there are more than 4'000 chemicals, of which at least 250 are known to be harmful, and more than 50 to be carcinogenic to humans.

What does tell you this urine test?

The NarcoCheck® Secondhand Smoke urine test can detect minute traces of nicotine in the urine. Because it is 20 times more sensitive than a conventional test of tobacco consumption (active smoking), this test will highlight the characteristic traces of the passive inhalation of nicotine.

This test is therefore a major asset in the search for risky situations, such as exposure to environmental tobacco smoke. This allows to get a real and clear warning and subsequently, to lead any necessary prevention action.

The NarcoCheck® Secondhand Smoke urine test is very easy to use at home and gives a result in 10 minutes.

It can be used with adults and children.

A positive result for this test will reveal a contamination by passive smoking.

Passive smoking is responsible for 600,000 premature deaths a year worldwide.

For a non-smoker, exposure to cigarette smoke :

As such, exposure to tobacco smoke represents a major risk for both smokers and non-smokers. Indeed, following the inhalation by non-smokers of these toxic products (carbon monoxide, tars, particles, nicotine ...) present in tobacco smoke, we can find at significant levels in their urine these substances, which are responsible of cancers, cardiovascular diseases and respiratory diseases.