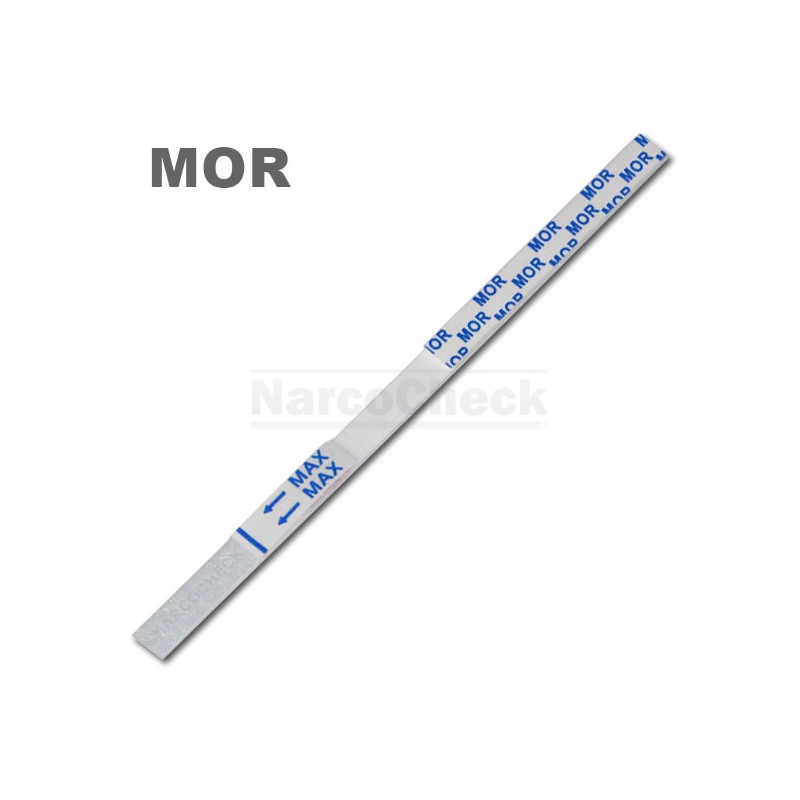 Urine rapid test for heroin, morphine and other opiates.

The NarcoCheck® MOR rapid test strip is an immunoassay for fast the detection of opiates use in human urine, like heroin, morphine, codeine etc.

With only few drops of urine, you will know in less than 5 minutes if there was consumption of these products.

Heroin is rapidly metabolizes by the body into morphine. The same applies to codeine. This is why traces of morphine will be found in the urine.

This drug is an opiate, ie a derivative of opium. It is found in the form of a white or brown powder. In order to increase its weight and to be sold more expensive to consumers, it is cut with various products and sometimes very toxic. Heroin can be smoked or injected intravenously. Generally, consumers will start injecting this drug when smoking is no longer sufficient.

The NarcoCheck® urine test can detect heroin consumption up to:

Warning : If you have a positive test result, make sure that legal drugs containing opioid derivatives or codeine (such as some cough syrups) have not been used (with or without a prescription).

We have received a lot of questions about this, including: If a person is on Methadone® or Subutex®, will this test be positive?

No, this test for heroin will not give a positive result. It can therefore be used to prevent any relapse to heroin by checking that no opiates have been consumed.