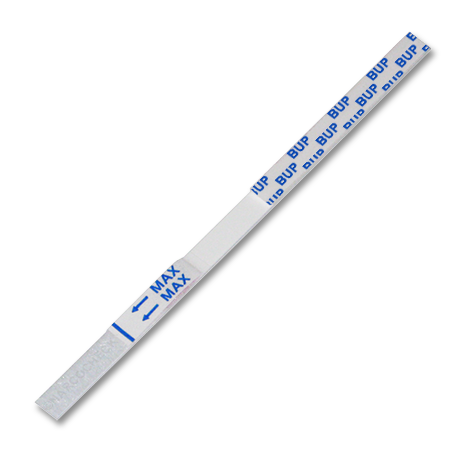 Made to detect any use of Subutex®/Suboxone® or to control its effective intake.

The NarcoCheck® BUP rapid test strip is an immunoassay for fast the detection of buprenorphine use in human urine.

Buprenorphine is better known under its trade names: Subutex®, Suboxone® and Temgesic®.

Subutex® and Suboxone® are drugs used to treat heroin addicts. They are a substitute product. Compared to Methadone, buprenorphine acts less painfully in high doses, but can cause side effects, such as sweating, insomnia, depression, fatigue and libido disorders.

Temgesic® is a painkiller that also contains buprenorphine.

This urine strip detects the intake of buprenorphine. It is particularly useful in the follow-up of heroin addicts during use cessation. 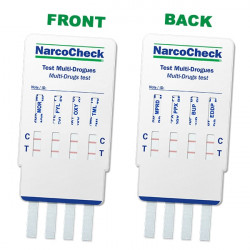