Despite the current events related to COVID-19, our service remains completly operational.

To date, we have enough stocks to fulfill every order.

Our shipments are also made within the usual time limits.

Thank you for your trust and take care of yourself in these difficult times. 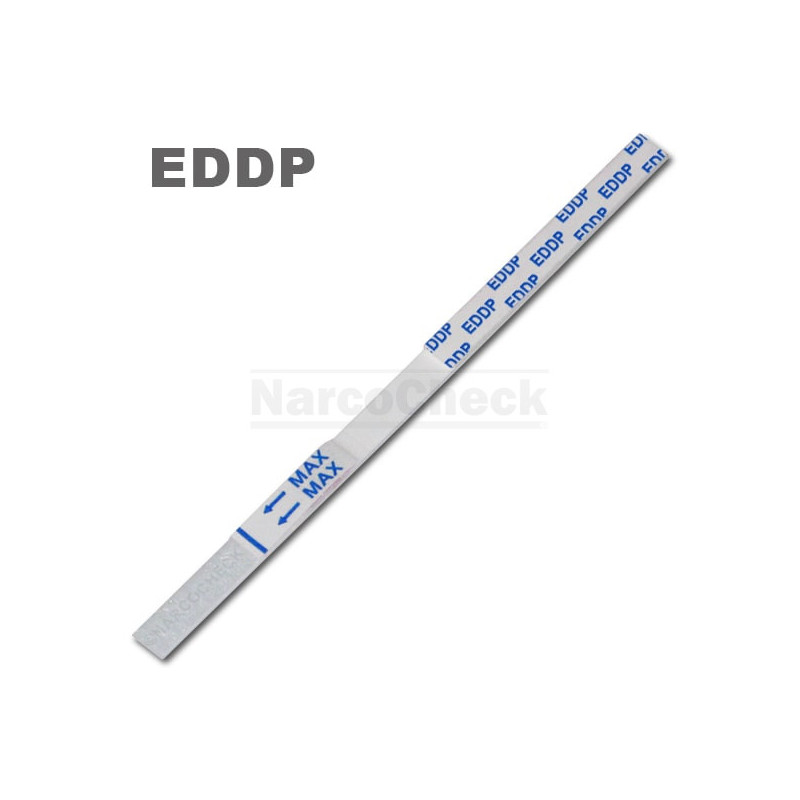 This test allows to screen or control the effective intake of Methadone by detecting its metabolite, the EDDP.

The NarcoCheck® EDDP rapid test strip is an immunoassay for fast the detection of methadone use in human urine.

Methadone is used as a substitution treatment for drug addicts during use cessation.

It is administered orally. Its aim is to stabilize the patient and his states of craving, in order to be able to undertake an effective weaning.

Once in the body, methadone metabolizes in the liver by N-demethylation into EDDP and EMDP.

The proportion of unmetabolized methadone depends on the urine pH, the quantity absorbed and the metabolism. Therefore, the detection of EDDP in place of Methadone itself is useful because it avoids the problems related to the metabolic differences of each person.

NB: This EDDP test replaces the former MTD tests. MTD tests used to detect pure methadone, whereas this EDDP test more specifically detects the consumed methadone, which makes it possible to check whether the person tested has taken his treatment.