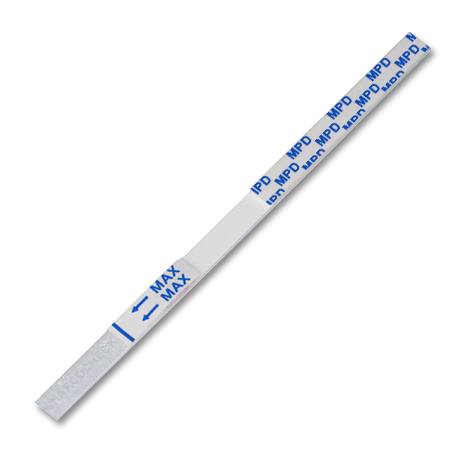 The NarcoCheck® MPD rapid test strip is an immunoassay for fast the detection of methylphenidate (Ritalin) use in human urine.

Methylphenidate is a psycho-stimulant generally used to treat Attention Deficit Hyperactivity Disorder (ADHD). It is better known under its trade names, such as Ritalin, Concerta, Quasym, Focalin etc.

The use of methylphenidate is also diverted for "recreational" purposes or in order to improve its performance. It can then cause situations of addiction and dependence.

Methylphenidate may be screened for 24 to 48 hours (depending on the doses consumed) after the last dose.