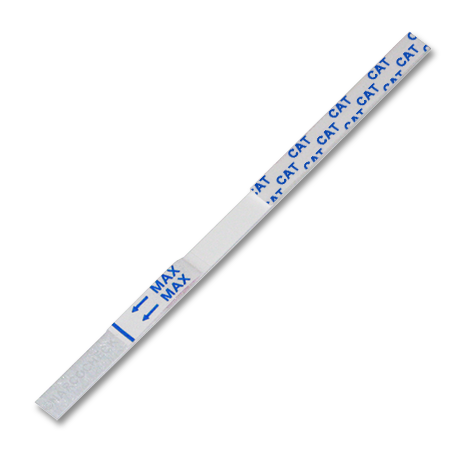 The NarcoCheck® CAT rapid test strip is an immunoassay for the fast detection of Khat/Chat use in human urine, via its main marker, the Cathine.

Like cathinone, cathine is found in its natural state in Catha edulis, i.e. Khat, a shrub of the Celastraceae family, cultivated in East Africa (Ethiopia) and the south-west of the Arabian Peninsula (Yemen). Consumers chew the leaves for their stimulating and euphoric effects.

To carry out a urine test of Khat/Chat, it is thus the traces of d-norpseudoephedrine which are sought.

Good to know There are several names and spellings for this plant.
According to languages and countries, it can be called/written KHAT, KAT, QAT, GAT, CHAT or CATHA.
All these names refer to the same leaves of Catha edulis.

Khat is classified as a narcotic and illegal in many countries, including the United States, much of Europe and several African countries.

This urine test of d-norpseudoephedrine (cathine) allows to detect Khat consumption during 1 to 3 days after the intake.