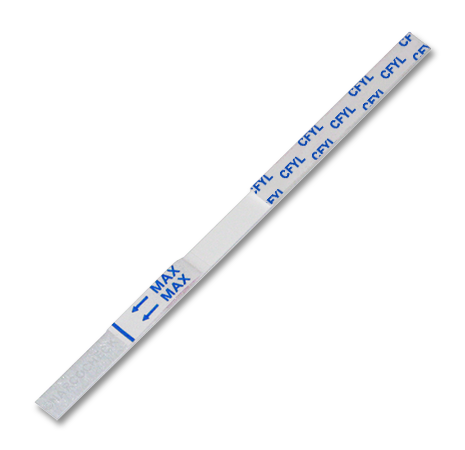 Allows the detection in urine of CarFentanyl use, which isconsidered today as an new synthetic drug. Made in France under ISO 13485 certified production lines. Highly reliable.

The NarcoCheck® CFYL rapid test strip is an immunoassay for fast the detection of CarFentanyl use in human urine.

CarFentanyl is an opioid, with effects up to 10,000 times those of morphine. It is a derivative of Fentanyl, originally developed for the sedation of large terrestrial mammals, such as elephants or rhinoceroses.

This substance is now more and more available on the black market, and mainly the "dark net" because it is diverted for "recreational" purposes. However, CarFentanyl is extremely toxic to humans and has already caused multiple overdoses and deaths of consumers, in particular as a result of its use as a heroin cutting product.

This strip is used to detect and demonstrate the consumption of carfentanyl, with a reliability of 99%.